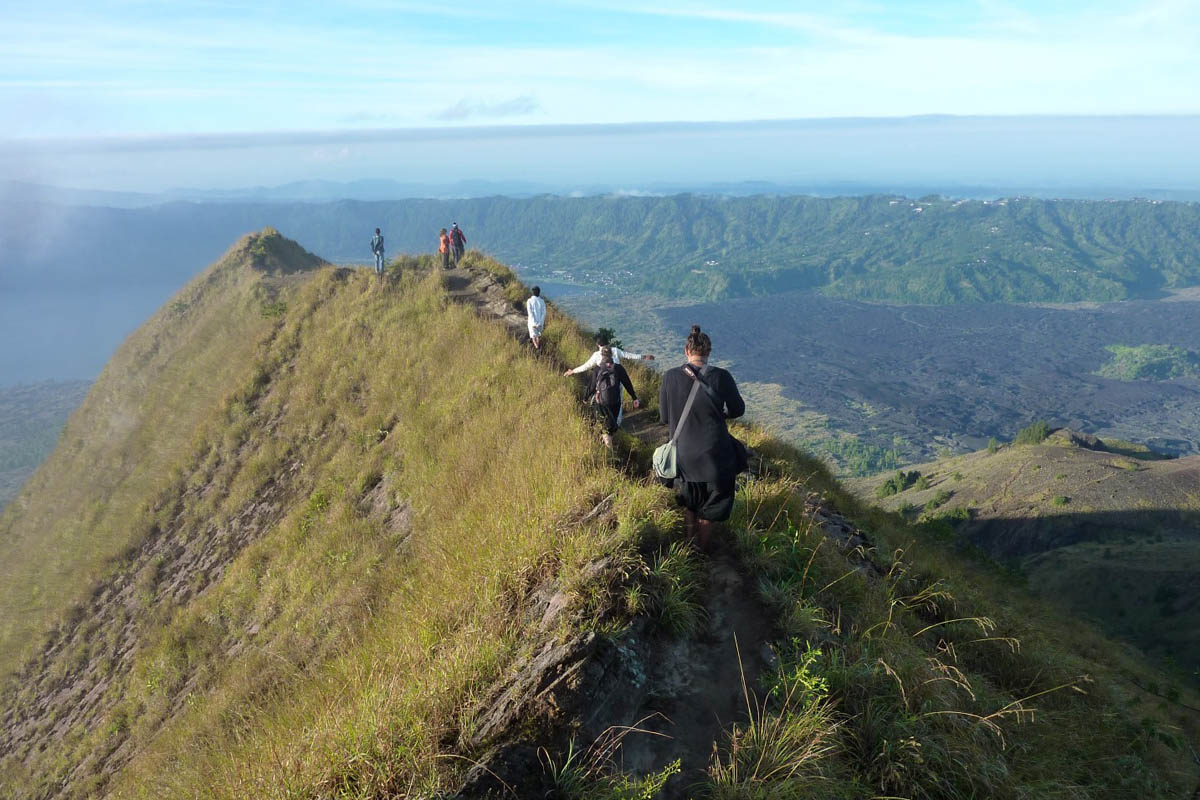 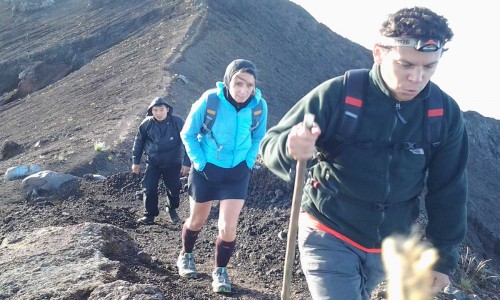 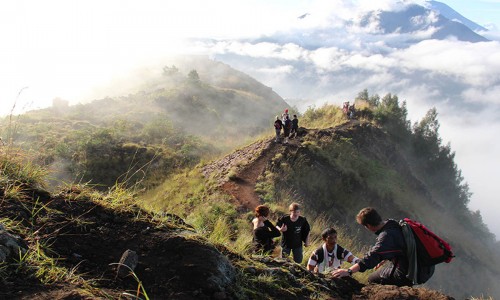 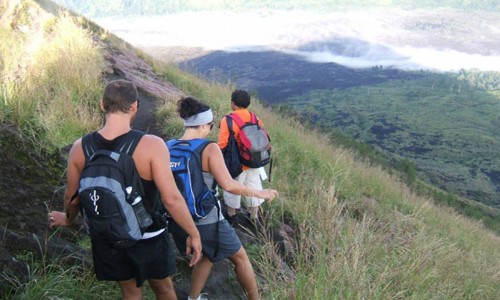 Gunung Agung - Bali's highest volcano can be scaled in a night and a day - you'll want to depart around 2am to catch the sunrise. There are two ways to the top: one from Pura Pasar Agung on the southern face and the other from Pura Besakih, Bali's mother temple. The former starts higher and is thus a slightly shorter climb but the latter, which is more difficult, gets you to the highest point of the crater rim not accessible from the other route. Ascents with a guide are best carried out starting at 10pm and under the light of the full moon with the objective of reaching the summit by sunrise. Anyone in good physical shape with no extensive climbing experience should be able to make the formidable climb that takes between 4.5-7 hours each way to complete, but you should be able to traverse a variety of steep and arduous terrain ranging from thick jungle brush to slippery mud to crumbling shale. Dangerous and grueling, but once you're at the top you won't give a damn. Guides can usually be found near Pura Besakih in the evenings - around full moon time is a good time to go.

Gunung Batur - Bali's third highest peak is a much easier climb than its neighbor, Gunung Agung - is essentially a pretty straightforward trail. The only issue is that you're climbing in the dark in order to catch sunrise. Since guides are a necessity, it's probably best to organize things in advance with your hotel if possible, or through a guest house in Kintamani. There are reputable guides out there. The pay off is a big one as you stand on the edge of a vast caldera watching the sun crests the peak of Mt Rinjani, Indonesia's second highest volcano, on the neighboring island of Lombok.

Batu Karu - Rightly touted as Bali's rural heartland. Though Gunung Batur volcano in Kintamani province gets more attention in guidebooks, Batu Karu is in fact the island's second highest peak at 2271m. It's also the prettiest, whether you choose to trek to the summit, visit the Lahur Batukaru temple (one of the Bali's oldest and most sacred) or spend a few days in one of the picturesque resorts that are scattered on its slopes, many of them eco-friendly. Though it may look wild, the lower slopes of Batu Karu are in fact a giant garden, where rice, coffee, fruits and spices grow in abundance. The Jatiluih rice terraces, which employ the ancient subak irrigation system to magnificent effect, are so beautiful as to have been declared a World Heritage Site. The upper slopes are covered in thick jungle. Trekking is best arranged with one of the resorts on the mountain's slopes.