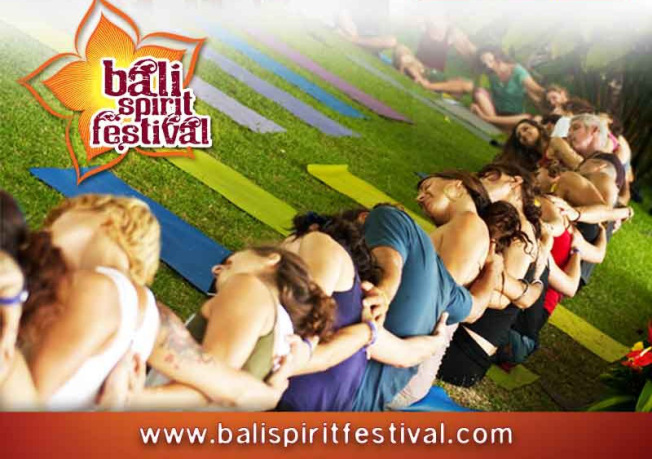 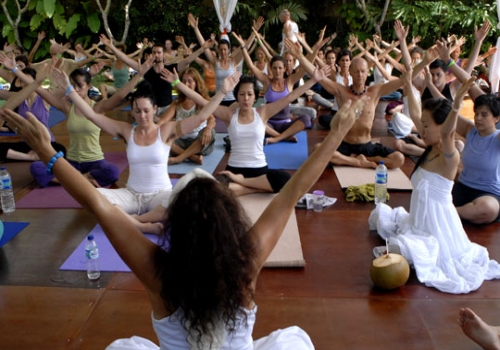 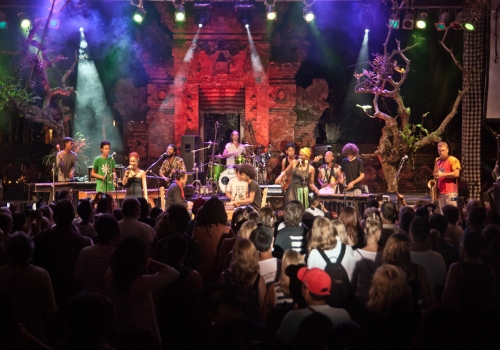 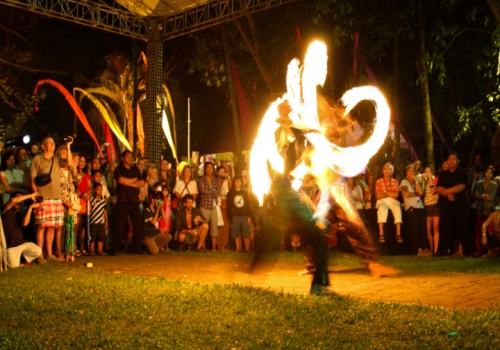 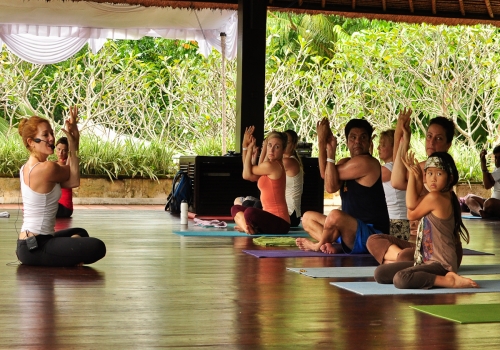 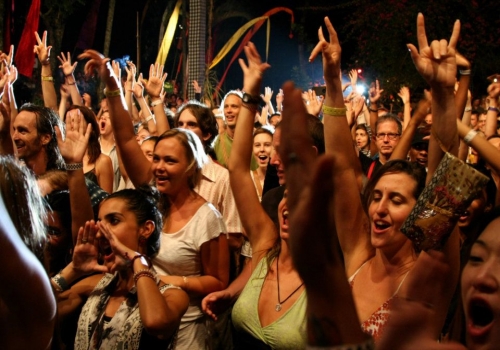 Ubud’s reputation as Bali’s epicenter of all things cultural, artistic and bohemian has a long history. The arts side of things harks all the way back to the 16th century when the rag tag remnants of the once great Hindu Empire of Majapahit fled Java and the onset of Islam, setting up court in what is now Ubud. The bohemian influx arrived in the early 20th century, helping develop secular channels for artistry. The rest, as they say, is history, as all manners of seekers, spiritual aspirants, counterculture creatives and straight up hippies have stitched themselves into Ubud’s cosmopolitan patchwork.

A true vanguard in the latest generation of holistic travel festivals and definitely Bali's biggest, most popular and best organized, the Bali Spirit Festival yearly event combines almost 100 yoga, dance and music workshops with nightly stage shows and world-music concerts over a jam packed five-day, four-night period in March that has attracted almost 5000 people in the past. Held ten minutes south of Ubud at the scenic outdoor festival grounds of the Purnati Center for the Arts in Batuan and at the Arma Open Stage and Museum in Ubud , Bali Spirit also means to be as much a cultural festival for the global village by integrating 'the indigenous and rich cultures of Indonesia with east and west in the spirit of learning, collaborating, and celebrating our creative and spiritual diversity.

Practically every major yoga system and modality will be featured at Bali Spirit, from Ashtanga to Ayurveda, Prana Flow to Power Yoga, and is represented by a line up of over 30 respected local and international yogis (including a few celebrity gurus) while the music and dance workshop and performance rosters also promises to be as diverse as it is stellar with global acts. In addition to yoga, dance and music, the festival will also include a Dharma Fair eco-friendly market featuring healthy food, artisan clothing, massage, spa and yoga products, CDs and musical instruments for sale.