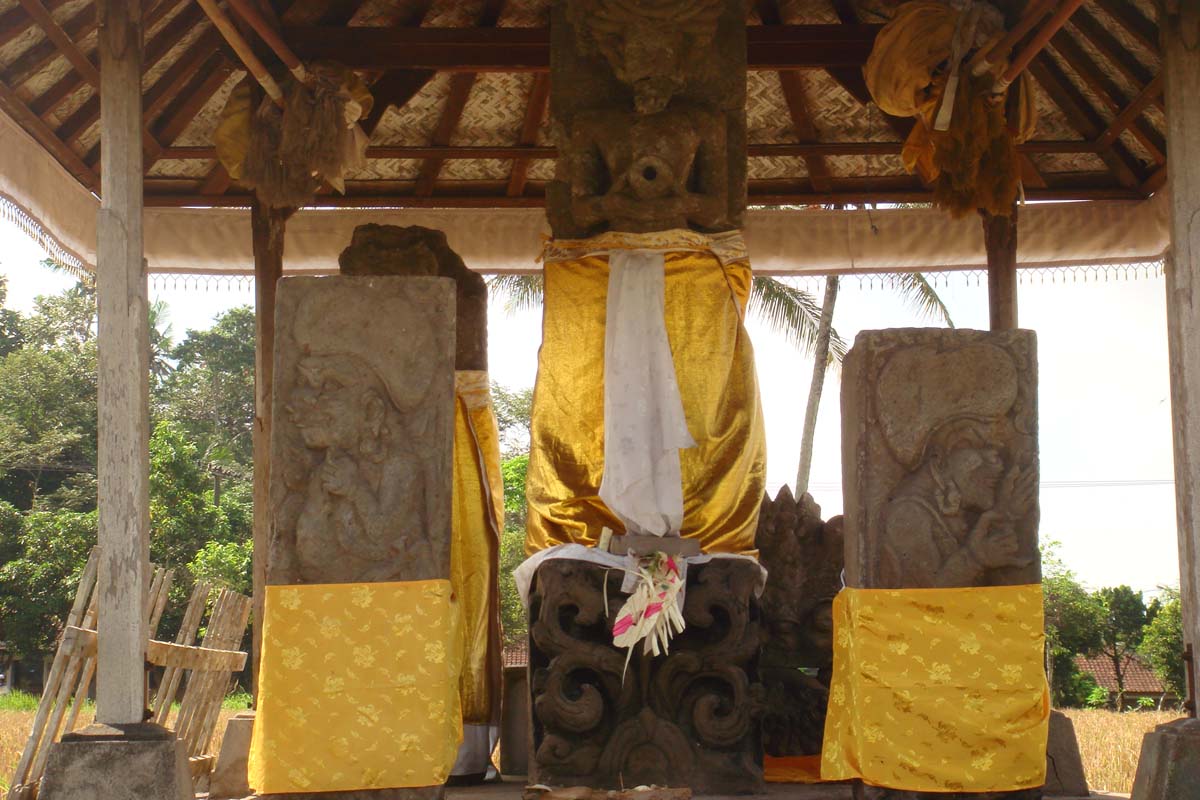 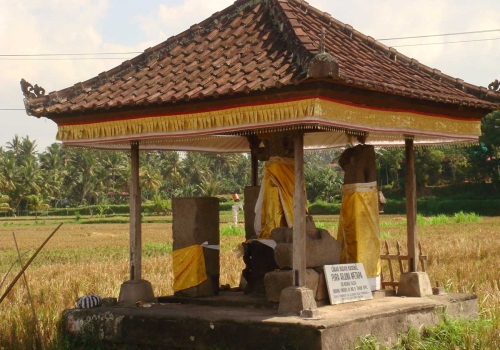 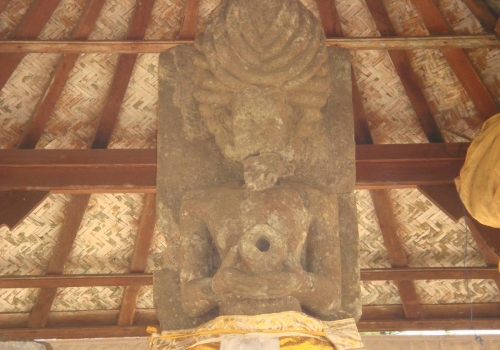 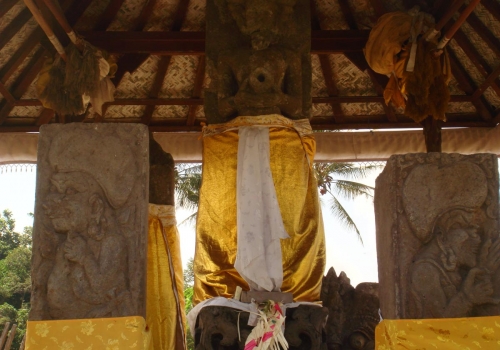 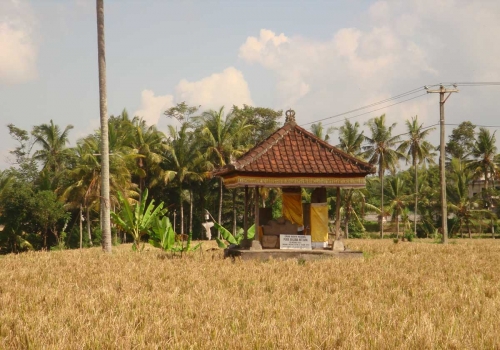 Pura Arjuna Metapa is located in the middle of a picturesque rice paddy.  Its structure resembles a small pavilion rather than a classical temple. The very name when translated means “Temple Where Arjuna meditated”. It features statues of Arjuna and his attendant/servants Twalen and Merdah. The group represents a well-known passage from the Mahabharata composed under the rule of King Airlangga before 1035 AD. The statue appears to be part of a former watering place in pre-Majapahit Bali. It was partly restored by the Archeological Service in 1952.

Devout Hindus believe a no-build rule to be necessary to avoid the pollution and resulting bad vibrations created when acts that are in conflict with religious norms occur in too close proximity to supremely holy temples. The proper distance to be maintained when building near holy places in Bali is meant to preserve the balance between man, nature and God.