Karangasem is a regency (kabupaten) of Bali, Indonesia. It covers the east part of Bali. Its regency seat is Amlapura. Karangasem was devastated when Mount Agung erupted in 1963, killing approximately 1900 people. Karangasem formerly was a kingdom before the Dutch conquered Bali. Some interesting places in this regency are :

Candidasa is a good starting point for visiting places along the beautiful east coast of Bali. A little east of Candidasa, the village Bugbug is located. Its inhabitants celebrate the Perang Dawa (war of the gods) every other year at full moon of the fourth month (October). People of all nearby villages then climb to the top of a hill and sacrifice pigs by hanging them on trees.
Karangasem is a regency (kabupaten) of Bali, Indonesia. It covers the east part of Bali. Its regency seat is Amlapura. Karangasem was devastated when Mount Agung erupted in 1963, killing approximately 1900 people. Karangasem formerly was a kingdom before the Dutch conquered Bali. Some interesting places in this regency are : The Mother Temple of BesakihTenganan, a Bali Aga village (the original Bali), with inhabitan... Read more 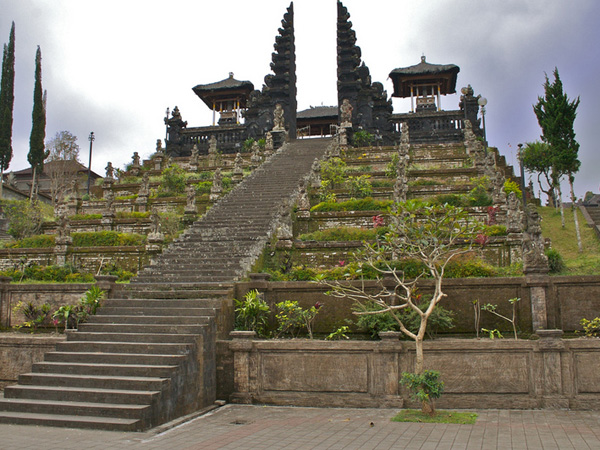 As writer Miguel Covarrubias penned in his 1937 book Island of Bali, “Besakih is Bali’s most impressive temple in its austere simplicity and its grandiosity, with hundreds of black merus rising from everywhere to the misty sky.”  Indeed this vast complex of puras situated one-third of the way up Gunung Agung, Bali’s hol... 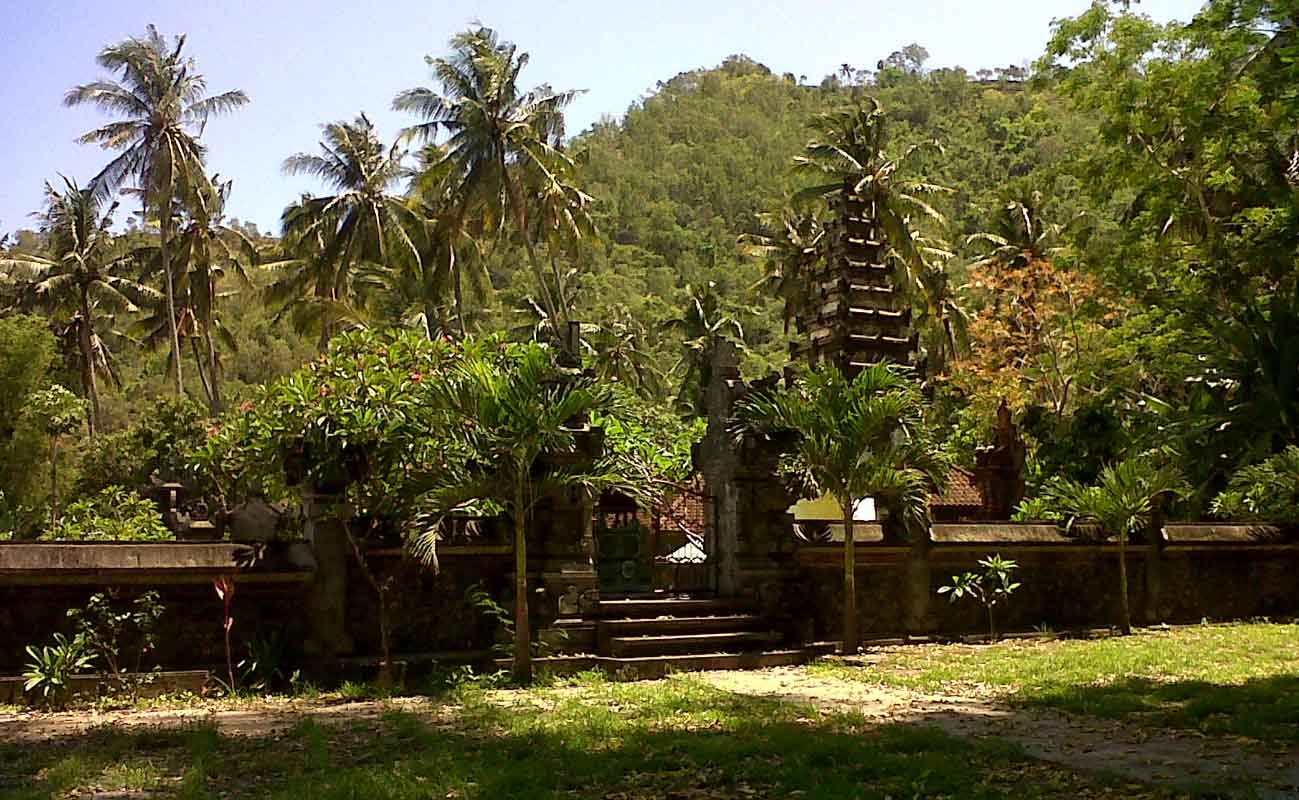 A massive and ancient kepuh tree stands in the middle of the only courtyard of this tranquil hillside temple near the village of Ujung.  Legend has it, it sprung from a sapling where princess of the fifth generation of the Karangasem dynasty and her blessed son, Prince Ida Bhatara Alit Sakti, planted it and then disappeared....

This temple complex is located on the eastern side of the village that translates to ‘Ten Children.’  Surrounded by a lotus filled lagoon the pura, built by King Sri Aji Jayapangus Arkajalancana in the 12th century, is dedicated to the gods Shiva and Hariti with a shrine to the latter carved into the rock face.  Childless co... 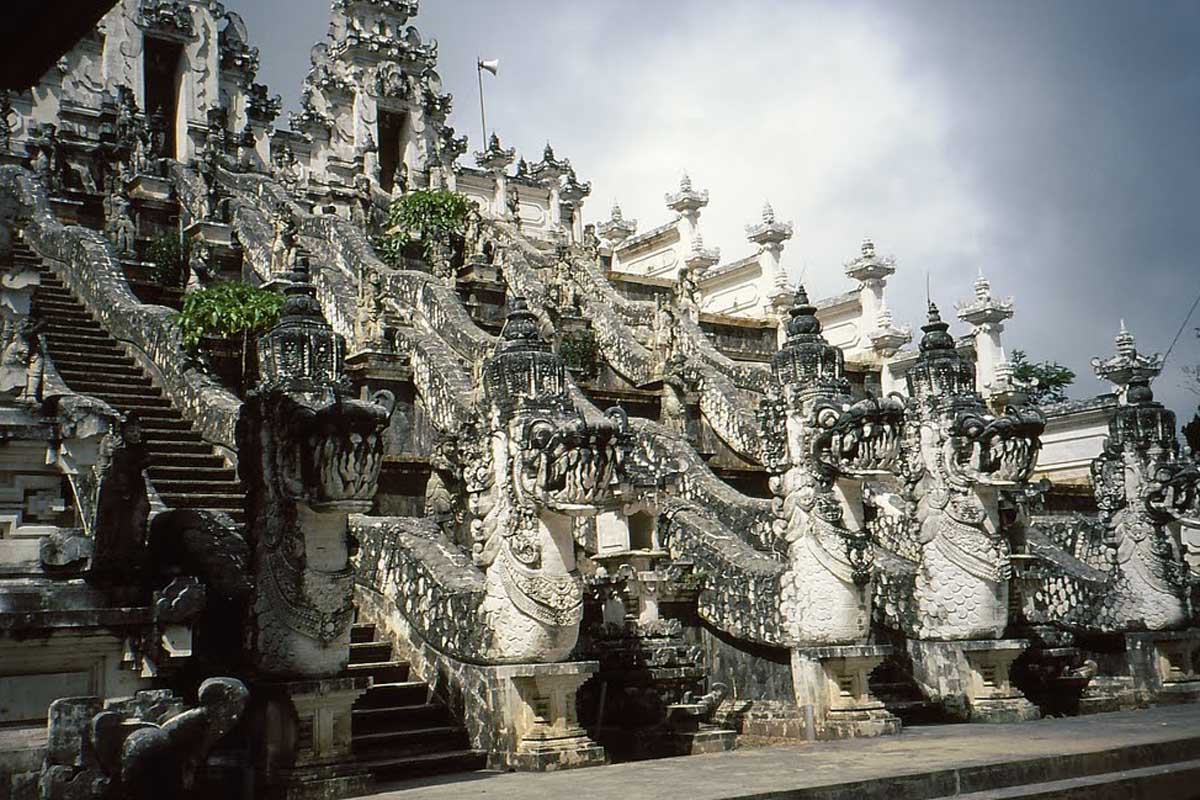 Arrive two hours before dawn and climb the 1700 steps on the lush slopes of Gunung Lempuyang to reach the pura at the top by sunrise for a sublime view of Gunung Agung in the distance with all of east Bali in the foreground.  Pura Lempuyang is one of Bali's sad kahyangan (six axial) temples where devotees make offerings and pray for blessings ...

This imposing and dramatic ‘Temple of The Agung Market’ is situated in the village of Sebudi, 1500 meters above sea level on the southern slope of Gunung Agung.  From the parking lot it’s another 500 steps to the temple terrace that is also the slightly less difficult point from where to ascend the volcano (Besakih is the har...